Arkansas gained its statehood September 15, 1836. After gaining statehood, Benton County became the first established county. It was named for Senator Thomas Hart Benton of Missouri, who worked hard to achieve statehood for Arkansas. The town of Bentonville was selected as county seat of Benton County upon Arkansas’ acceptance as a state. The townsite itself was not laid out and platted until November 7th, 1837.

In January, 1873, Bentonville was officially incorporated as an Arkansas town. 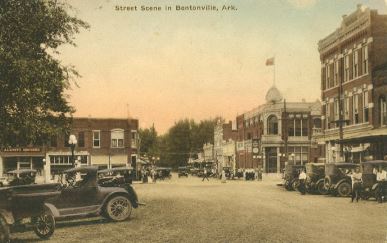 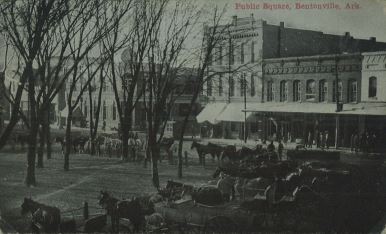 In the early days, agriculture and most especially fruit production was the backbone of the local and regional economy. In 1901 two and one-half million bushels of apples were shipped out of Benton County. The United States Census Bureau credited Benton County as having the largest number of bearing apple trees of any county in the United States. The 1930’s brought the trend of poultry and dairy, which remain big cash crops for the area today.

Tourism, in the early days as well as presently, also supported the local economy. Bentonville’s location in the foothills of the Ozarks, along with fairs and festivals drew crowds from many other areas. Tourism still has a significant role in the city’s economy today. The Craft Fairs, held in May, September, and October, are just one of many attractions that draw thousands of people to the area each year.

At the heart of Bentonville is the Downtown Square. Designated as a park in the original town planning, with streets on all four sides, the town grew up around it. During the 1880’s the square served as a watering place for livestock. In 1908, after complaints that the park had no grass, merchants planted twenty-five elm and maple trees around the park. The hitching racks were removed and concrete walkways were installed. That same year the Daughters of the Confederacy placed a monument to Confederate Veterans in the center of the square. 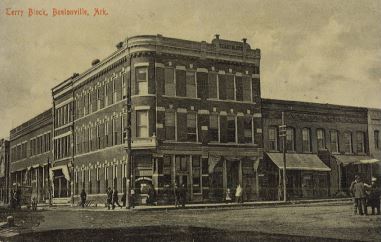 The County Courthouse, still in use today, occupies the East Side of the square. An Opera House once stood on the Northeast corner and minstrel shows, vaudeville shows, and other performers occupied the stage. During World War II it was used to assemble artillery equipment. In 1962 the Opera House was torn down and the Bank of Bentonville presently sits on the site. On May 9, 1990, the Wal-Mart Visitors Center opened at the location of the original Walton’s 5-10 store. It has become a significant attraction on the square. Today, with several businesses and retail shops, the Bentonville Square remains a gathering place for the community.

From the 1930’s to the present, many changes have occurred. Bentonville, once primarily an agricultural community, has grown into a thriving business and tourist community. In May of 1950, Sam Walton opened Walton’s 5 and 10 store on the Bentonville Square. Now Walmart is the number one retailer in the country with significant positioning internationally. 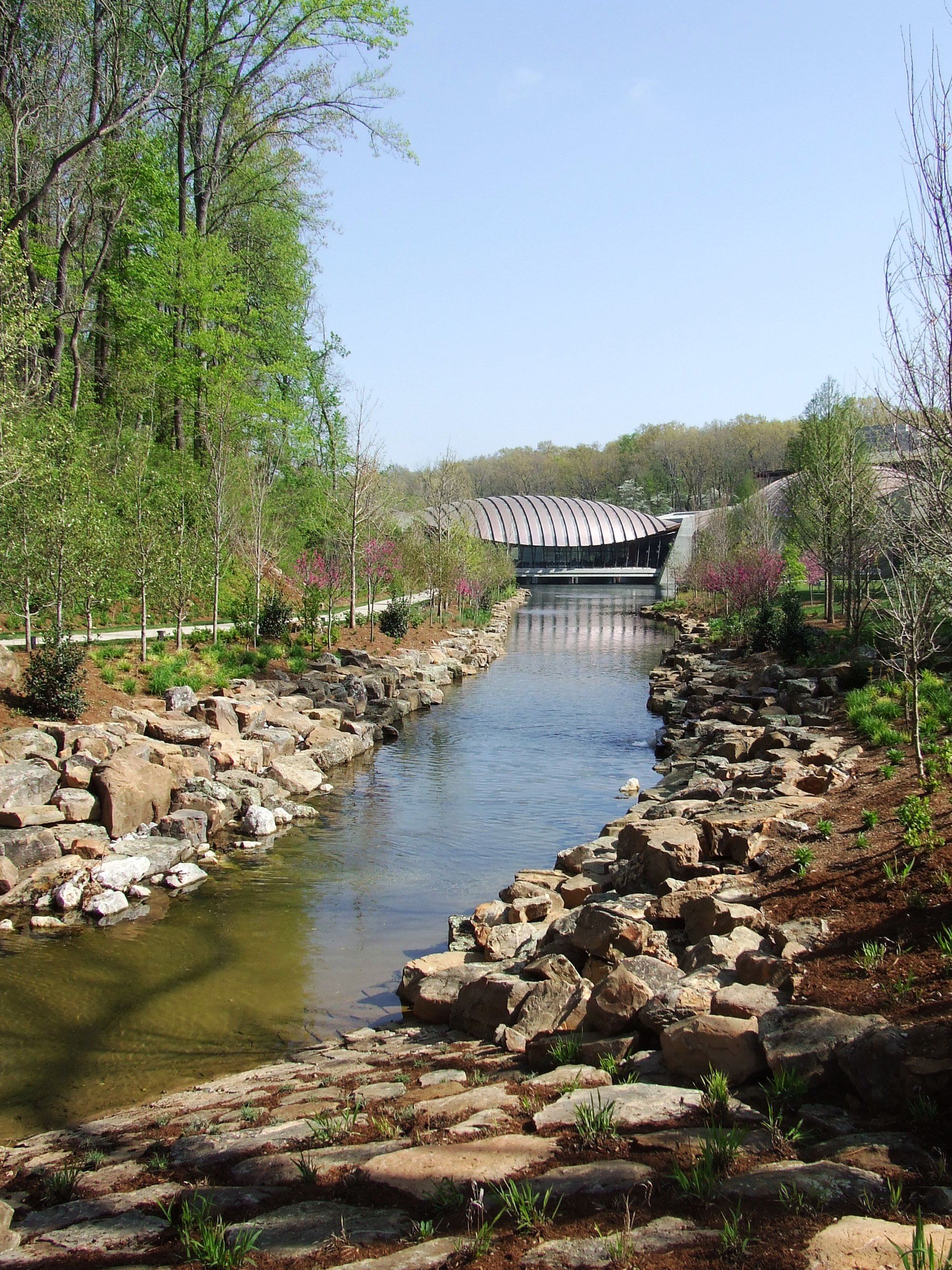 Several contributing factors have made Bentonville the fastest growing area of the state. Accessibility to Bentonville became easier with the completion of Interstate 540 and the Northwest Arkansas Regional Airport. The airport, located on the edge of the city limits, opened its runways on November 1, 1998 and has had a significant impact on travel to Bentonville and Northwest Arkansas. The opening of Crystal Bridges Museum of American Art in 2011 initiated a significant reinvestment in downtown Bentonville and attracts visitors from around the world.